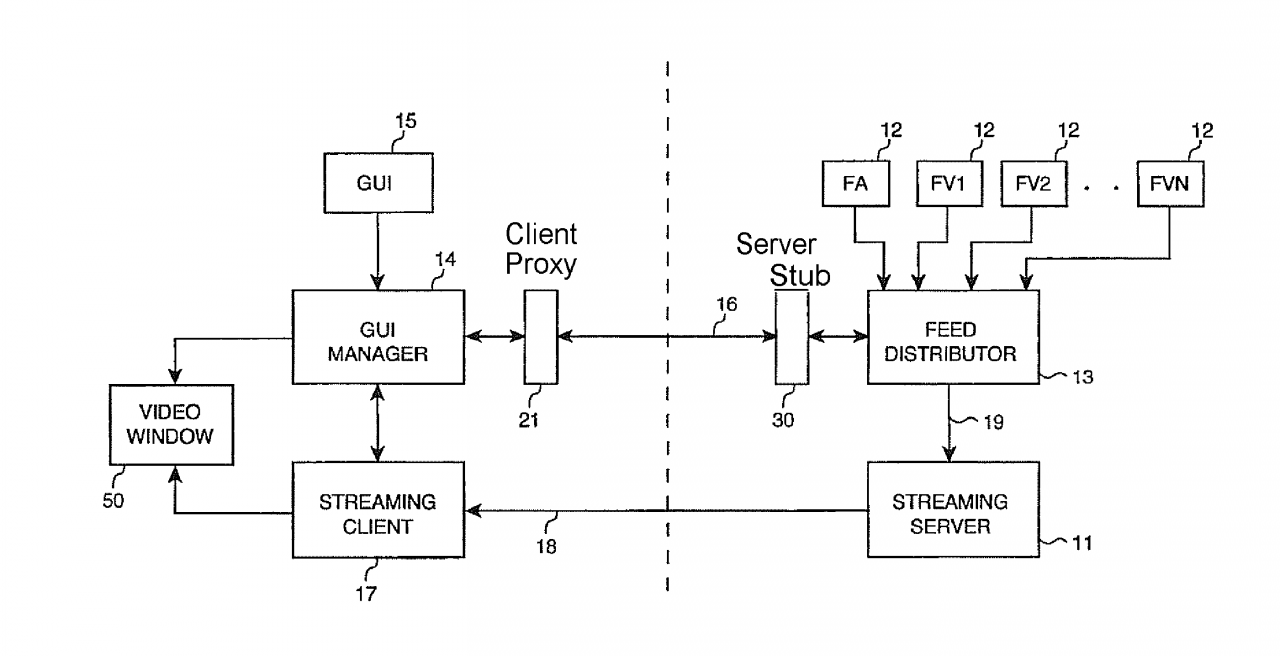 This technology allows for smooth switching between different camera angles in a video stream. Most current video streaming solutions that allow for camera angle switching have an unacceptable break in content where a first stream corresponding to a first angle stops and a second stream corresponding to a second camera angle must rebuffer before playback can begin. These patents allow for smooth switching by switching from a key frame in the first stream to a matching keyframe in the second stream, where the switching occurs without interruption and has no audio or video artifacts (also called seamless switching).