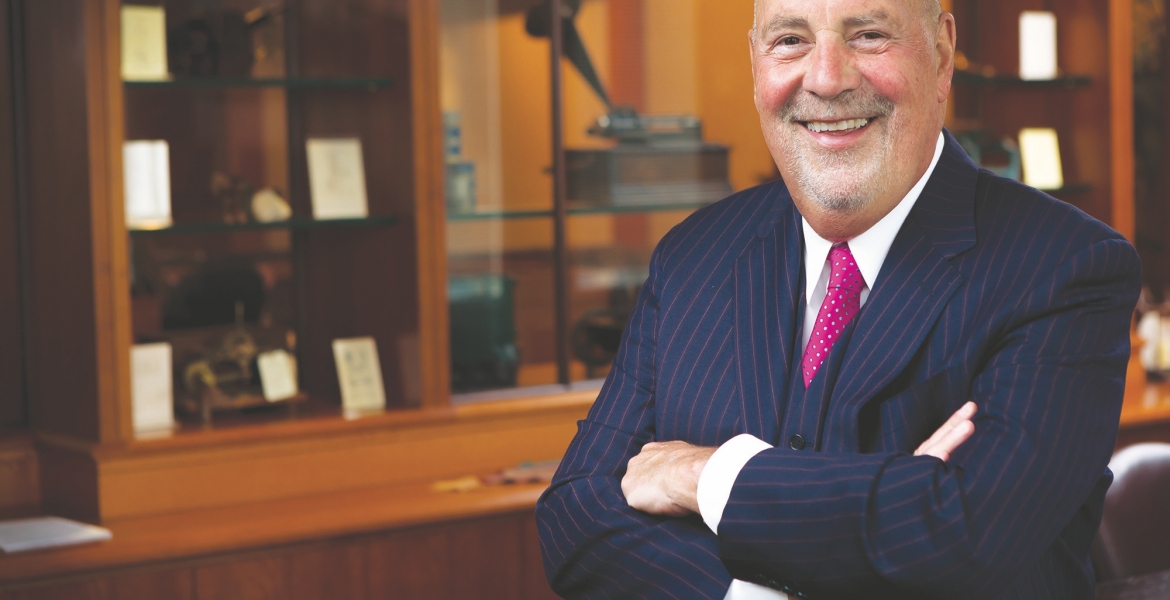 Raymond P. Niro considers himself a champion of the underdogs of the intellectual property world, yet his longtime advocacy for inventors tinkering in their garages and companies that license IP has drawn him into what he sees as a propaganda war involving the pejorative term "patent troll."

Renowned over the course of his 46-year legal career for his zealous representation of inventors and patent licensing companies that bring infringement claims — garnering hundreds of millions of dollars for his clients over the period — Niro says he has also been associated with one of the few disparaging terms tossed around in the relatively sedate world of IP law.

Some in the industry argue that patent licensing companies stifle innovation by scattering infringement claims against companies big and small, shaking them down for settlements or licensing fees based on the alleged infringement of patents that likely would not stand up to closer scrutiny.

But Niro, 73, views the outsized attention the world of IP law pays to “patent trolls” as an outgrowth of a propaganda war that larger corporations wage against the smaller entities and the inventors, whom they want to either muscle out of the patent licensing business or simply not compensate after using their innovations. He notes that many large companies also have broad portfolios of patents used primarily for licensing rather than for manufacturing.

Niro argues that a larger threat to entrepreneurship and intellectual property innovation are the entities that scheme to sell cheap knockoffs — manufactured overseas — of products based on legitimate patents. Smaller U.S. companies without the deep pockets of their larger corporate counterparts are forced to either try to battle the infringement through legal efforts that are often expensive and not always successful, or to lower their prices, often to unsustainable levels.

Born in Pittsburgh to parents who emigrated from Italy, Niro says his working-class upbringing helped give him the perspective to prefer to represent clients struggling to get their ideas off the ground and to make the concepts profitable. He questions whether larger corporations, often also founded on such humble origins, have maintained the same perspective.

“I never forgot where I came from,” Niro said, “and I never have to apologize to anyone for what I’ve done, which is to protect inventions and innovations.”

Paul K. Vickrey, a partner at Niro Haller & Niro Ltd. since 1996, said Niro is particularly skilled at developing a narrative in the courtroom that juries and judges can easily follow, incorporating technical details into his arguments while trying as much as possible to humanize the matter by placing the inventor in a central role.

“He can make a dry IP case come alive because usually there is a story to be told, and he is very good at telling that story,” Vickrey said. “Ray brings a great passion to the courtroom, and juries identify with that.”

Unlike other successful IP litigators who relate their ability to connect with juries in part to their nontechnical backgrounds, Niro began his career working as a chemical engineer. He says his engineering background helps him to educate himself on the details of his cases and to be able to communicate directly with the experts who will provide testimony, rather than always relying on other attorneys to handle that aspect of a case.

While being at ease in the weeds of a patent case is important, litigators ultimately must also be comfortable translating a dispute’s technical information into a relatable story for a jury, Niro said. He feels attorneys run the risk of making a “huge mistake” if they try a patent case without placing the inventor who conceived the innovation front and center.

“The story in a patent case has to be a story of invention and of an inventor,” Niro said. “If you can get an inventor to tell his or her story, it’s powerful.”

Niro said he worked to secure a $48 million verdict in 1996 for a teacher and part-time artist who developed a soy-based ink product that was infringed by a Michigan ink company. His client, Sharen Brower, had presented her idea to Flint Ink Corp., which allegedly told her it would not work before they developed a closely related version, Niro said. To help defray costs before the verdict, Brower would mail him $30 checks, he said.

Niro also recalls representing a small meatpacking company that alleged its trade secrets for making precooked Italian sausage for pizzas were misappropriated by a supplier for Pizza Hut. While the opposition's primary sausage-making expert asserted that the components for the sausage were well known, Niro successfully hammered him on whether the combination of the components were also obvious and previously documented. Niro ultimately secured a $16 million verdict for his client, with Pizza Hut later settling for $15 million, he said.

Niro frequently tries cases on behalf of Cascades Ventures Inc., a patent licensing company founded by Anthony Brown, who has also been associated with the “patent troll” label. Brown agrees with Niro that larger corporations promote the label as a form of shorthand branding to drive legislation — such as the America Invents Act — and judicial opinions in their favor and against smaller entities seeking to defend their patents from unlawful infringement.

“It’s so easy to come up with a name like that,” Brown said. “That’s the nature of the age we live in, where everything is a two-second sound bite, and no one really thinks through the issues.”

While other attorneys or patent licensing companies may be moving away from including inventors in their infringement cases or business models, Brown said that he and Niro still view their work as an attempt to level the playing field for inventors or small companies that are up against large corporate interests with much deeper pockets.

“Ray doesn’t back down from a challenge like that. In fact, I think he relishes it,” Brown said. “He is a great advocate for the inventor’s point of view.”

Looking forward, Niro says his firm is moving to stay away from stand-alone patent cases unless he considers them to be truly exceptional, looking instead at cases involving either multiple patents or trade secrets, trademarks or copyrights. The new patent review processes that arose from the AIA, such as covered business method reviews and inter partes reviews, have proved to be potent weapons for larger corporations to wield against small inventors, he said.

“Pursuing a patent case where you have a one in 10 chance of success and it costs you to $5 million to pursue is a bad, bad business model,” Niro said. “The people that wanted to destroy individual inventors and their ability to pursue claims have won. You have more and more firms like ours saying that there’s no sense in pursuing patent cases.”

Niro says he challenges any suggestion that his legacy is tied to the “patent troll” label, asserting that he has dedicated his life to serving as a “ray of hope” for the “little guys” who otherwise stand to get run over and out of business by large corporations looking to profit from their ideas.

"I don't have to hide my head in shame. I can look people right in the eye and say, 'I did something; I made a difference; I made a difference for little guys,'" Niro said. “I created an environment where the big guys have to be wary of the fact that they can lose. I’ve won tens of millions of dollars in case after case after case against these guys with juries that made the decision.”